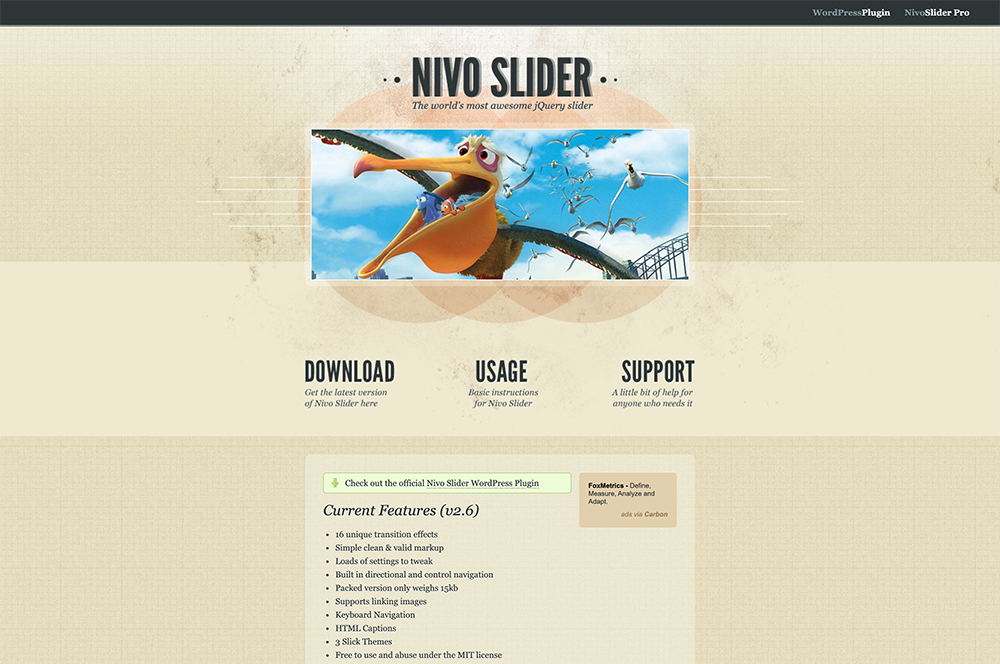 In 2011 I launched the Nivo Slider (a jQuery image slider) which became extremely popular and was downloaded 5+ million times over the course of four years. I later created a WordPress plugin for the Nivo Slider that generated £160k in revenue in the first two years. This kickstarted my WordPress plugin company called Dev7studios which was sold in 2016.